When my first granddaughter was born, I got a "wild hair" and decided to make her a Raggedy Ann doll.  Not a problem at all....yeah, right!  I struggled, ripped out seams, sewed feet of backwards, etc...you name it and I did it.  After several weeks (sad, I know) I finally finished the doll and SWORE I'd never, ever, do another one!  I even instructed my daughter on how not to have any more babies!  Well, lo and behold, she didn't take my advise, and had another one - and another girl.  Again, not a problem as I was NOT going to make another one of those dolls.  After her pleading and begging, I finally broke down and made one.  Ok, all is good now!  YES!

Then my son got married.......and here comes another grandchild!  I again did a little instructing and begging and told them I didn't care if they had triplets - as long as they were boys!  But no....another girl!  Now my son could care less if this baby had a doll but along comes my daughter and said I HAD to make another one as it just wouldn't be fair otherwise (nothing like giving Mom a guilt trip)!   So last month I made a last, final, no-way-ever-again Raggedy Ann!!

Several weeks ago, I get a phone call from my daughter's two girls and they said they wanted a Raggedy Andy to go with their Raggedy Ann's for Christmas.  I started laughing and said, "yeah, right" - LET ME TALK TO YOUR MOTHER!"  So my dear daughter gets on the phone laughing saying that's really all they're asking for. Well, kiss my happy hiney - it's NOT going to happen! 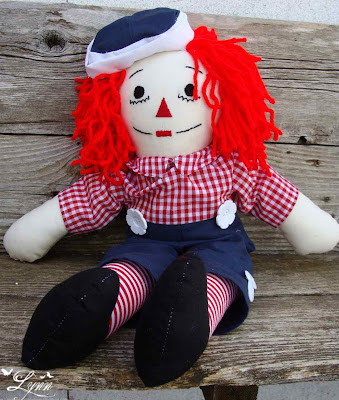 Thanks for spotting by..........and hope everyone has a great weekend.
Lynn
Posted by jimlynn at 6:00 AM

Ok, as I wipe away the tears from laughing so hard, these are adorable and oh my DD saw this and would love one of each.....just kidding, don't want to push you over that edge. You did an amazing job and those little girls will have such great memories. Have an awesome holiday and oh, there is football on Thanksgiving, so hubby can sit an relax.

You are the BEST Mimi in the world! My suggestion to you is to make one more Raggedy Andy for your son's daughter and put it away because you KNOW you're going to asked somewhere down the road. LOL

BTW if you hadn't said it about the creepy face, I was going to..maybe because they look like clowns and I'm not too fond of clowns, however, you managed to make yours look cute.

Well Lynn all I can say is well done on creating not one but three of these raggedy Ann dolls and now an Andy too. You are a star of a grandma :)

they are really super - by now you must be an expert and can churn them out 10 a penny!! yes the faces are a bit different but if the grandchildren love them what better praise can there be - you must be the best grandma in the whole wide world - you take care best wishes Lesley x

Oh Lynn, I was in the midst of making more cards to build numbers and I happened to check my dashboard. When I see a post from you, it is so tempting to read it because I know Miss Sunshine (as you have rightly christened yourself, lol) will have something funny to say.
True enough, I was right... you made me laugh all through... And you know what children like these creepy faces... they are so pure and innocent. And listen, hey, your doll is so cute. Don't do yourself down like that.It is so sweet and cuddly and ragged. That makes it lovable.

Good luck with making it. You have the weekend to make it.
Off to make some more cards.

Lynn, you are too funny! These dolls are absolutely adorable! My Raggedy Ann doll was my favorite when I was a little girl...I still have her, too. Your granddaughters are going to chesish these dolls and all of the effort you put into making them, for sure. Great job! Enjoy your weeked! :)

Yes I have noticed :). These are cute though.

So, since we know to never say never, I think while you're still fresh you should just make an extra two of each! If you never end up.with more grandbabies, you can donate them. It'll keep you from going too crazy when the next request comes up! :D (they look awesome, by the way...)

These are so cute!

Lynn, I'd like to place my order the 3 Raggedy Ann and 3 Raggety Andy dolls. Can I have them in time for Christmas please????? I am almost on th floor laughing. I'm sure they were a Pain in your Happy Hiney, but they came out fabulous. I hope you are very proud of yourself because you should be. Wonderful job. One year about 35 years ago I crocheted Raggedy Ann and Andy costumes for Halloween. I even made wigs from yarn. What a job and I grew to dislike those to characters immensely.
Thanks so much for sharing your adorable little dolls. I'm sure your grandchildren will treasure them for years to come (if not disown them- only kidding of course) Enjoy your weekend.

Oh Lynn you just made my day.... I have tears running down my face. Laughing so much.... Just to think I was going to put my order in.. But I guess thats not going to happen.LOL These are tooo cute.

Oh Lynn, how wonderful for your granddaughters to have such treasures! I love my Raggedy Ann and I still have her. Of course, she's very young, like us! I think you get a double best mimi!

Awwwww! This is the sweetest!! You might remember my raggedy ann post and My Rags would love to hang out with yours :) Super sweet!

Oh Lynn you have made me laugh with this post! They are gorgeous and you can't fight it you know - you might as well knuckle down and get a few more dolls made! Thank you for your good wishes today - have a good weekend.

I don't think the faces are creepy at all -- I think they're delightful! Great work, Mimi!! Just so you know, I have a similar story with sock monkeys - first 3 GKs were all boys and then I finally got a girl, and a second girl, then a girl for 1st GGK! 2 more boys along the way but at least I had girls by that time. :-) So far, I've never made a Raggedly Ann or Andy but I have all the patterns! lol Hugs.

Fun post to read! I'd say you are the best Mimi of the year! Cute dolls - do you take orders? LOL! `

Oh Lynn, you have a heart of GOLD!!! Can't wait until Raggedy Ann and Andy have little ones, LOL!!! Hugs, Karen

Oh my hat Lynn, what a delightful post. I had a good giggle whilst reading it. Can just picture the whole scene... hahaha Whether you like it or not, you're going to be making Raggedy Anne's and Andy' for some time...hahah you know why? Because you've made them so perfectly dear. They are ADORABLE! You taking orders??? hehehe OK, you can pick yourself of the chair now, I was only j-o-k-i-n-g!!!! You said you didn't have a funny card for today, but you sure did put a huge smile on my face with this post. Love and hugs, Sharon x

You are a fantastic Mimi! Love the story and your dolls are so adorable.

I am sure your Granddaughters think you are the best Mimi in the world, Love the story and your rag dolls are great, you should be very proud of yourself.
Kevin xx

I can so identify as I also made raggedy ann and andy dolls for my kids. Then I had to torture myself and make a little orphan annie doll too, and can I tell you how many hours I spent sewing on all those curly locks!! LOL We're nuts for doing it, but hopefully your family will treasure these adorable dolls you made them for years! My kids threw theirs away years ago! bummer!

You're too funny! These are ADORABLE, Lynn! :) You should keep making them while you're adjusting to the thought of making one more and go sell some on Etsy! hehehe. Seriously, these are true classics!! :)

Oh My..lol..Lynn, I am still Chuckling! .. 8-) I will say that I know all about famous last words and putting my foot down.. lol yeah right, you and I both know how it turned out.. lol.. Well, I think your are just the Bestest Mimi Ever Lady!!! :-)..And your Raggedy Ann's and Andy's came out Fabulous! Definitely Heirloom quality, worthy of being passed down from generation to generation. 8-)

Hope you have a Fantastic Weekend!

LOL what a giggle this post Lynn.
Beautiful creations .treasured keepsakes they will be . Love their outfits and their faces .
Thanks for calling in to my humble blog and leaving kind words .
Shirley-Anne

Again... I love reading your posts because you always make me laugh. You say the funniest things! Your dolls are absolutely adorable. You did an outstanding job. I'm sure they'll be treasured for years to come.

OMG- love your never will do this again story! I love your description of your sewing- and you are going to be nominated for most Creative Grandma ever!!!

Oh these dolls are adorable Lynn!! Your granddaughters are going to cherish them for sure!! ..and they are so blessed to have such an awesome Mimi!!
Hugs, Tammy

Your are the best grand mom and you are too funny for words, my friend!!! Your dolls are adorable!!! With your sense of humor you will be making these cutie pies for your great granddaughters!!! The faces are not nearly as weird as Tilda, who doesn't have one. Ha!

I think you just might be the best Mimi EVER!!! Even if you weren't thrilled to make them, your grandchildren are going to cherish these and maybe they will pass their dolls down to their children so you won't have to make them for great-grandchildren :D
These are adorable and thanks for making me smile!!

Awwww, you are such a wonderful Mimi...I'm sure your DGD's will be thrilled with their Andy's!!! I bought a UT Raggedy Ann for my youngest granddaughter...she is 4 and a real UT fan. I guess that's ok but I graduated from A&M...go figure...LOL!!

I don't think the faces are creepy at all! And being a grandmother myself, I think you should get several awards for best Mimi of the year! Maybe you should make an extra to have on hand, just in case....

lol @ the story, you are too funny and crack me up every time. the dill's faces reminds me of Edward Scissorhands! lol

jimlynn
Hi, my name is Lynn and I enjoy all aspects of cardmaking and paper crafting. I am retired and loving every minute of it! 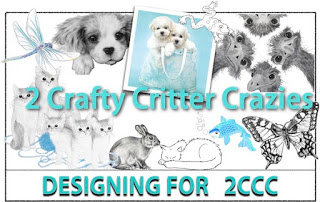 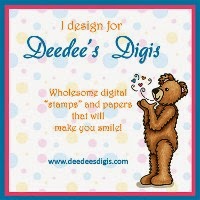 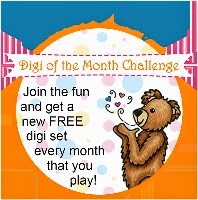 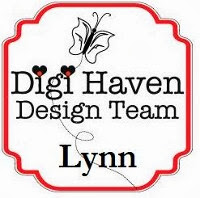 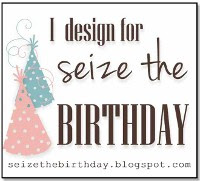 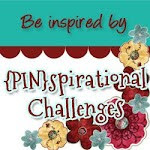 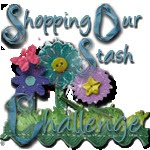 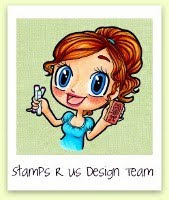 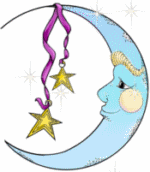 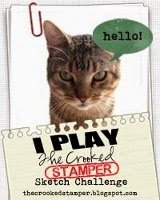 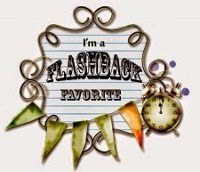 Addicted to Stamps and More 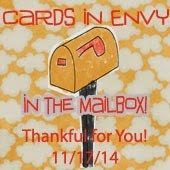 My Time To Craft 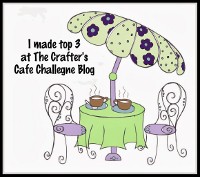 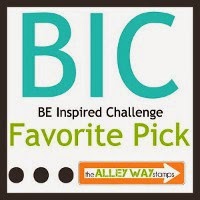 Top Mow It All 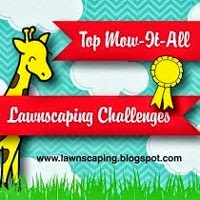 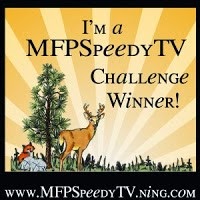 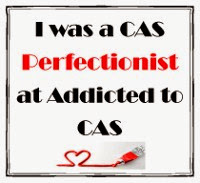 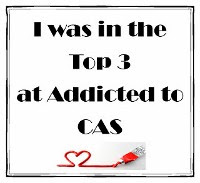 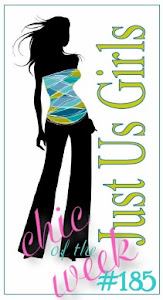 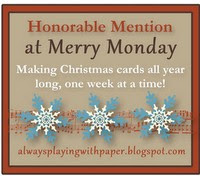 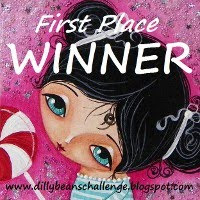 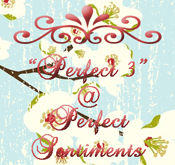 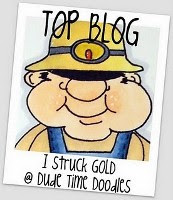 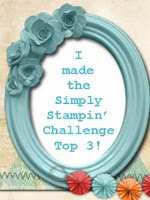 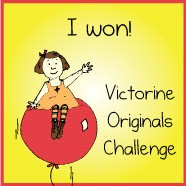 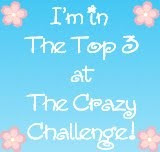 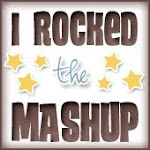 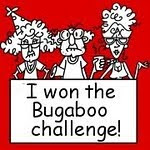 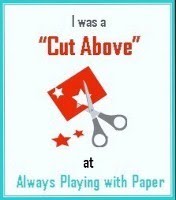